VRAM or Video Random Access Memory is a memory that a GPU utilizes to store information that it requires to render graphics on display. You may find VRAM in different volumes and types; picking the right one is essential for higher performance.

VRAM, in general, is the same as central processing unit RAM, but it is the memory used by the GPU. In this article, we will discuss VRAMs and the ways to perform a MacBook VRAM upgrade, but let’s talk about RAM first.

Random Access Memory is the memory that the processor uses to get data it needs to process information or perform calculations. The CPU stores data in RAM while it completes a job.

The reason why CPUs won’t use data from the hard drive or an SSD is that these storage mediums are too slow, which affects the entire cycle. Primarily, the data is transferred to RAM before it is processed.

With a higher RAM, the system is less dependent on other storage devices for reading and manipulating data. When the RAM holds more data than it can store, the system swaps the RAM contents to a special file on the SSD or the HDD, which results in a slowdown.

When your computer is equipped with a large volume of RAM, it makes the CPU function at its full potential for delivering efficient performance.

VRAM Is RAM for a Graphics Processor

As mentioned above, VRAM functions similar to that of system RAM, but it works for the graphics processing unit. Often referred to as textured memory, it works exactly to texture data that is used to build 3D models.

GPU also retrieves information from the CPU for data processing. This information includes the positioning of objects produced by animation or the algorithms performed by the processor (CPU).

To optimize VRAM, you must clean up Mac regularly and let your computer free up resources, including RAM, storage space, or processing power. Deleting video games and disabling graphics-consuming applications will allow you access to more VRAM.

How Much VRAM Do You Require? 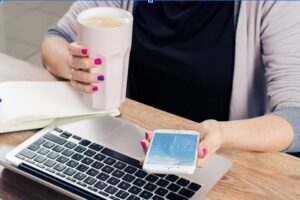 You can have higher VRAM in weaker GPUs or smaller amounts of video memory in powerful GPUs. Gamers need more VRAM than regular users. However, it is possible to detect how much VRAM is in use while adjusting the game settings.

How to Check Available VRAM on macOS?

Checking the amount of VRAM you have on your computer is simple. The procedure to check the VRAM volume varies on macOS and Windows computers. Let’s first learn about the process of checking VRAM on macOS.

If you are a Windows user or use both Mac and Windows computers, you might be interested in learning about the process of checking VRAM on your computer. If so, here’s the guide to detecting how much VRAM you have on a Windows 11 device.

How to Increase VRAM in a MacBook?

Increasing the VRAM is complicated; you can do that if you are using a dedicated graphics card. For the MacBook VRAM upgrade, you need to replace the card. If you are using a MacBook with an integrated GPU, you can increase or adjust VRAM allocation by navigating to the BIOS settings.

If you have a ThunderBolt 3 integrated system, you have the option to use an eGPU with high-end specifications than the existing one. This might not be the solution for everyone. 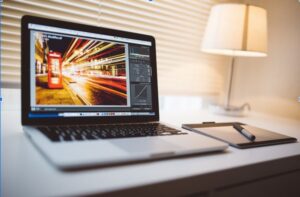 The volume of VRAM that you may have in your laptop depends upon the type of work you do. If you are looking to play high-end games on your MacBook, you may find it difficult to play them at a minimum quality. Several games may not run on anything less than an 8GB of VRAM.

If you are a video editor dealing with graphics files on a larger scale, having an 8GB of VRAM can be optimal for handling day-to-day tasks. Anything lesser than that might not allow you to work efficiently while maintaining average productivity levels.

If you are an average user and your work restricts to typing a document or browsing the internet, having a VRAM is not mandatory. In that case, you can emphasize more on higher storage space, sufficient RAM, and a powerful processor. 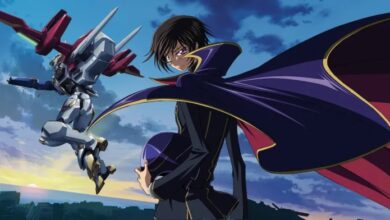 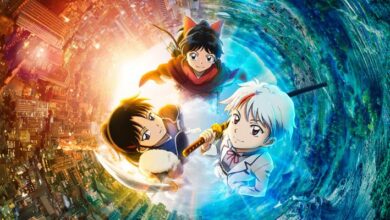 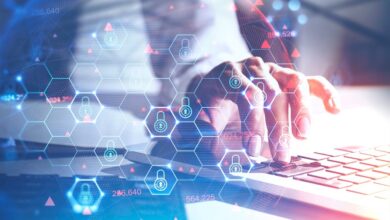